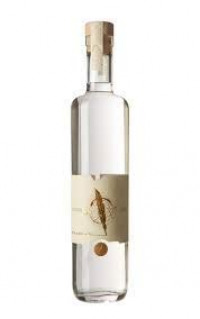 William George Rum was launched in April 2017, by founders Andrew and Richard Nicholls and Roeland De Jong in Amsterdam, The Netherlands. The idea to create this Rum came about as a result of Andrew conducting rum training seminars across Europe, when he noticed a lack of full flavoured white rum in the market. After two years of development with E&A Scheer in Amsterdam, the result is now what is produced as William George Rum. William George is a blend of six rums (all based off Blackstrap Molasses), from five distilleries. Four of these rums are from four separate distilleries on the Island of Jamaica and two are from the Island of Trinidad. One of these two rums from Trinidad is aged two to three years in, once used, 200 litre ex-bourbon barrels and then carbon filtered to remove colour. This provides notes of Vanilla, Cacao and Raisins which round off at the back of palate. The Jamaican Rums are pot distilled and intense in character, while the Trinidadian Rums are produced using continuous distillation and are much lighter in character. Together, they result in a wonderful balance of light and intense taste, making this a white rum which can be sipped neat or indeed, a white rum which works wonderfully in mixed drinks. Blending takes place in Amsterdam through E&A Scheer and bottling takes place at the Herman Jansen Distillery in Schiedam, The Netherlands. We believe that white rum can be enjoyed as both a sipping rum and with a mixer. Many producers try to remove flavour from white rum, but we have done the opposite! We have focused on creating a white rum with plenty of character and as a result this gives you, the drinker, more flexibility and a greater choice as to how you would enjoy it. Try sipping William George on its own, try mixing it in your favourite rum-based drink or better yet, try both!

Get this rum now from Amazon
(Maybe be discountinued or OOS)