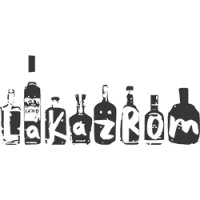 Pussers Gunpowder Proof rum is the rebranded version of the original Pussers Blue Label. It is the same smooth, complex rum just in a new presentation bottle.The nose and palate convey delicious treacle, toffee and vanilla along with the richness of ginger and nutmeg. This is a full bodied rum that has a smooth and mellow finish despite its high strength.

This traditional Navy rum is the same as British naval seamen would receive as daily rations before the infamous Black Tot Day on the 31st of July 1970 when the last tot of rum was served. Pussers follows the original Admirality blending recipe and is still distilled in wooden Admirality pot stills as opposed to the metal ones that are now standard. This allows the unique full and rich flavour to be imparted; nothing can reproduce this taste except distilling in wood.

So why is it called gunpowder strength? It's because that 54.5% ABV is the strength that gunpowder will still ignite if soaked in the liquid. This was important for two reasons, the first being that if the gunpowder used for the cannons and muskets was accidentaly soaked, they would still fire when the ship came under attack. The second (and many sailors would say the most important!) reason was that before the invention of the hydrometer, gunpowder was used to check if the rum had been watered down by the quartermaster. A small amount was placed in the rum and then ignited to see if it was at strength. If it wasn't, the quartermaster was in serious trouble and may have been thrown overboard!

Get this rum now from Drink Finder